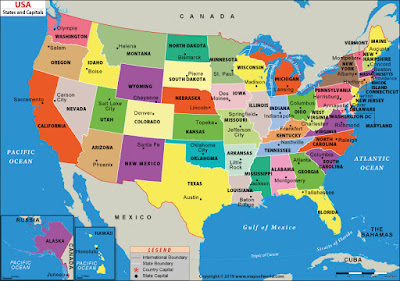 Growing wealth inequality in the world and America, let’s start with some scary statistics.

wealth refers to a cumulative total of a household’s financial and real assets but doesn’t include debt.

he people in the 1% have estimated assets and more than $1 million adults whose wealth is cumulative to less than $10,000 hold only 2% of the world’s wealth. These individuals make up 64% of the earth’s population.

Yes, a whole 64% of individuals worth $30 million and above are referred to as the ultra-high net worth individuals, which makes sense because $30 million is a lot of money.

These individuals combined own a chunk of the world’s wealth at 11.3%. In terms of population, however, they are sorely lacking in numbers at only 0.003% Jeff Bezos, Bill Gates, Warren Buffett, Amancio Ortega, Mark Zuckerberg, Bernard Arnold, Carlos Slim, Larry Ellison, and Larry Page are the nine richest men in the world.

Their combined wealth, according to Forbes,  Around $687 Billion combines. This figure is equivalent to the total wealth of getting this 4 billion of the poorest people in the world.

This is to mean in terms of wealth. If you put these nine gentlemen on one side of the scale, or seesaw if you prefer, you would need a good 4 billion of the world’s poorest on the other side in order to balance it out.

These figures represent the staggering wealth inequality between the rich and the poor in the world at large. But what is more worrying is that these numbers keep growing each year, the House of Commons in the UK estimated that by 20 31% of the wealthiest people in the world will own two-thirds of the world’s wealth.

Is there a way to rein this in? These figures are actually concerning, and eventually, they would lead to a four world.

What are the reasons for this inequality? What are the steps that can be taken to solve this problem? Closer home, America makes quite a significant portion of the world’s richest, and it is, therefore, no surprise that the wealth inequality here would be just as alarming.

Similarly, 1% of this country’s richest holds 40% of the total wealth. On the other hand, 7% of the country’s wealth is held by almost 80% of the population, you can clearly identify the trend in these figures, the rich are extremely rich and the poor extremely so as well. And it is a vicious circle that keeps spinning.

This widening gap could not have been as disturbing if we had more people on the rich side. Instead, you will identify that most people hold less than 10% of the world’s wealth.

Many reasons are leading to this phenomenon. But the main reason for wealth inequality is income inequality. There are different sources of income for a person’s wages and salaries, benefits such as tax credits and state pensions, profits through the difference between the buying price and selling price of an item dividends, rental income, and interest on capital.

Income inequality comes as a result of the market price of a certain skill. This price is usually determined through a comparison of the demand for the skill required and the number of people who are willing to offer it. So for example, if the market requires to bank tellers, yet only one person is qualified for the job, he or she will get a really high income since his skill is heavily demanded.

On the other hand, if 20 people were qualified for the job, its market price would go down because one way or the other, the job position is going to be filled. We live at a time when most jobs have a low market price, but some exclusive ones have very few qualified persons.

America most especially, the level of education one gets is usually proportional to the skill he or she is likely to acquire. As mentioned above, the more marketable the skill, the higher the market price for it. At the same time, even though education might be free for all the quality of education is sometimes affected by the environment and neighborhood.

The school is located in schools found in neighborhoods with a better sociology economic class that tend to produce students with a better chance of getting a highly marketable skill. Such schools are also most likely to foster intelligence, personal drive, and self discipline, all characteristics needed to make wealth.

The result in income inequality leads to a huge gap in wealth as well. The opposite is true for poor neighborhoods. As has been seen in recent years, the growth of technology has greatly inspired an increase in the wealth gap between the rich and the poor.

First, a lot of people have been forced to leave the job market as their work is taken over by machines and other forms of technology. A phone operator working for a telco company three decades ago probably lost his job to a computer, it would not be surprising that in the next 40 years, domestic workers will lose their job to artificial intelligence.

Similarly, the growth in technology has created tech billionaires and the top 10 richest men list will show you that the richest man in the world Jeff Bezos made his wealth through Amazon.

Following him closely is Bill Gates, yet another man who made his fortune through Microsoft, which is a technological invention. These rich personalities are increasingly rich as they offer a service most cannot find anywhere else.

The tax code in most countries in the world is also unfair to the poor and can be easily manipulated by the rich. In the UK, over 10 million words are used in the tax code. Do you think these words are to help the poor by ensuring that they keep more of their money or to help the rich and their corporations evade taxes? It’s definitely debatable.

The wealth gap between the poor and the rich is huge. It is caused by quite a number of factors, some beyond our control, some not so much. The best way to deal with this inequality is through investing in people.

This means ensuring an equal and quality standard of education for every citizen and providing employment training that goes beyond what is taught in class, Warren Buffett did not become the third richest man in the world by applying just what he learned in class. He went over and beyond in order to get the insight he needed to make the investments that made him as wealthy as he is today.

When education for all is on planet, the standard minimum value is set. And from there, we can now fight wealth inequality plaguing the world.

Save or Invest ? When you should start?