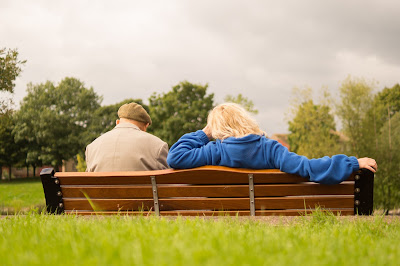 We will be exploring ways to live not only longer but better.

Our focusing on your finances and the new advice experts are giving to make your money really last. The good news Americans are living longer with that means a new focus on making your money last.

As you’re planning for your future, don’t underestimate how long you’re going to live.

In fact, about one of every 465 years old today will live past 90. The old advice used to be that as you’re planning for retirement, expect to live into your 80s.

Now the expectation is that you’ll have a good chance of living into your 90s, maybe even celebrating your 100th birthday.

But with longevity can come the added stress to save more planning for the future has become a lot more challenging. And really, the onus is now on the individual more than ever.

We’re living longer. That’s great. But the bad news is that most of the surveys tell us 60% of them felt like they don’t have the amount of money that they’re saving right now that it really won’t last them through their retirement.

if you really think about it, you guys, most people barely have the money to pay their bills today, let alone save in their minds for the future.

If people just say goodbye, they just feel that way. And they have to change that. Because as they are, they’re going to spend more years in retirement than they ever did working if you think about it,

Own a House then pay Mortage Fast

owning a house like for our generation Gen X was always in the plan for these millennials. I mean, they’re open about the fact that they think that they will never be able to afford a house, never mind some sort of longevity or 401k, I have to tell you, that’s not such a horrible thing.

So the key is to get rid of as many expenses as you can don’t have debt, if you do have a home, make sure that your mortgage is paid off by the time you retire.

That would be my number one tip to tell everybody they have got to do if they do own a home, we’re gonna get into that. But we have the three W’s. And the first is where is the best place to invest your money so that if you do have 30 ish years of retirement, you’re set? Yeah,

where you just forget the tax write off of your pre-tax 401k or your IRA. forget those now. if your corporation offers it, can you do a Roth 401k or a Roth IRA, which are after-tax contributions? Why? Because you don’t have to worry about what the tax brackets are going to be in 2030 and 40 years from now.

I personally think they’re going to skyrocket over the years. So, therefore, what you see is what you get in a Roth IRA or a Roth 401 K, again, it’s pre-tax versus after-tax, but after that, it’s tax-deferred versus tax-free.

It’s for your beneficiaries in a pre-tax account, they’re gonna pay total taxes on it after-tax, they get a tax.

Pay of your Debt before 401K

let’s go back to debt for a second for people who have student loans. They’ve got credit cards, they’ve got that mortgage, how do you prioritize the debt went?

What do you pay? And and when

student loan debt is the most dangerous that you can have bar none. Because in 90% of the cases, 99%, it is not dischargeable in bankruptcy. So they have the legal authority to garnish your wages and to really then decrease your income.

students first that then if you have credit card debt that needs to go because debt is bondage, you got to get out of that. And then you start working.

If you’re going to stay in your home for the rest of your life, get rid of your mortgage payment. So I want to follow up on that. Because you said it’s you don’t want to have a mortgage alive mortgage still going by the time you retire.

if you don’t have enough money, decrease your expenses, and then your money will go further. Gotcha.

Time is the most important ingredient in your retirement recipe. Let’s just say you have 40 years, you’re young, you have 40 years till you’re going to be 70. You put $200 a month away into a Roth IRA or Roth 401 K,

my average market returns Do you know that you would have $1.1 million at 70, which I think should be The new retirement age.

you need to be saving, especially in a 401k. if they met, especially if they match your contribution, you put in $1, they give you 50 cents, you cannot pass that up. I don’t care if you don’t have any money, you can’t pass up free money.

Which Debt to pay first?

Save or Invest ? When you should start?