Let’s assume your car transporting customers while you’re at work, or your computer Speed, Hard Drive Space is employing to serve people across the globe.

Presume being paid for browsing the web by taking possession of your information and attention. That world is not far away. 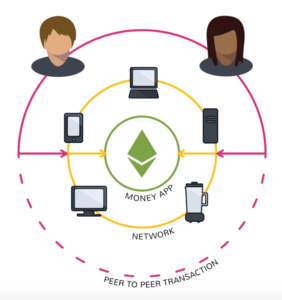 A paradigm shift in the way we view software is progressing. When Bitcoin made us reassess our definition of a currency, it gave us a sneak peek of the future, a world running on decentralized applications or daps.

As the concept is still in its origin, there might not be one definition of what a dap is. However, there are some common features open-source.

Ideally, all changes should be decided by user and developer consent, its codebase should be open to scrutiny.

Decentralize All records of the operation of the application must be stored on a public and decentralized blockchain to encourage transparency, trust, and efficiency. incentivized anyone that helps secure the application’s blockchain should be compensated with Crypto tokens if we adhere to the above interpretation. 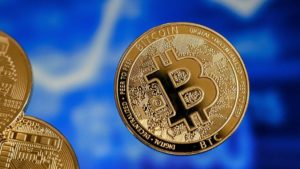 The first dap was Bitcoin itself. Bitcoin is an implemented blockchain solution that arose around the dilemma of centralization. It allows for the transfer of currency without the need for an authority to deem transactions valid.

This lack of a primary authority is what makes Bitcoin a decentralized application. While both Bitcoin and Ethereum may be defined as daps Ethereum has a bigger plan in mind.

Ethereum is in some sense, a kind of dap library. Ethereum facilitates developers to write programs called smart contracts that are stored on the Ethereum blockchain.

These smart contracts are then stored and executed across every node in the network, making them decentralized applications. Rather than needing to develop an entirely new blockchain for every application. Ethereum created a secure platform for daps to be built and deployed. So now that we know what makes a dap, let’s talk about why you should use them.

Trust, you never have to take the word of big enterprises, marketing, or PR agencies, all of the code is open source. So you can see for yourself what the application does, and how it does it. Guaranteed execution.

Because the code is executed across an enormous network, you’ll get the desired results as long as a single node exists, the network will practically never go offline, as long as your code exists on it.

You know, sometimes Facebook or YouTube is just down, not on the blockchain censorship resistance. Another benefit of having the code stored and executed on the blockchain is that it’s impossible to take down an application without taking down every single node on the network.

If you release a banking application that’s better and cheaper than the bank, the bank can’t just buy it and close it down. The application will always live on the blockchain for everyone to use.

Many businesses today are built around the idea of centralization. If you create a safe and secure platform for people to transact, then you can take a cut of the transactions in exchange for facilitating them. But what happens when that’s no longer needed?

What will these businesses do now that Bitcoin is proven that no authority is needed to facilitate safe and secure transactions?

Decentralized applications have put middlemen-based companies on notice. The fact that many large corporations are rushing to secure their place in the blockchain movement serves as a testament to their possibilities.

5 Ways to Reduce Your Mortgage Payment