Under the direction and collaboration of SHIB The Metaverse’s Advisory Board and team, headed by experienced innovators, developers, community leaders, AAA Video Game Designers, and Metaverse experts, new environments will be produced so that the ShibArmy will have a voice in determining a true community-built experience. 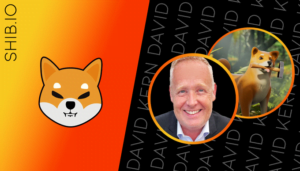 titles, and the Technicolor Experience Center in Los Angeles building immersive VR experiences. Most recently he founded TOKENSOLID, a company dedicated to building a virtual world in the Metaverse for Dimensional Art & Commerce.

this could be because Shiba Inu Burned 70 Billion SHIB In The First Half Of 2022 Over 70 Billion SHIB was destroyed in burns by Shiba Inu holders during the first six months of 2022, marking a breakout period for the act of cryptocurrency burning. Staggered across 4680 transactions.